While Hutto is in Williamson County, we're reaching out to folks in the greater Austin and surrounding areas to recruit more supporters and train more volunteers to help us win this election.

Steven is the former Vice Chair of the LP Texas, Chairman of the Board of the Hutto Economic Development Corporation, served on the Hutto Planning and Zoning Commission, as well as the Bond Advisory Board. He's well known in Hutto and qualified to serve.

Hutto's a small, but rapidly growing town. The former mayor won with just 588 votes! This special election to fill a vacancy is March 6, with early voting starting Feb. 17, less than a month away! 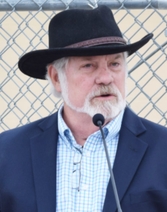 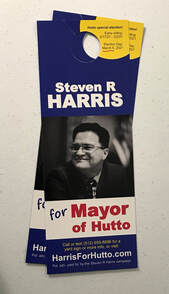 Buy your own drinks and dinner if you would like. We'll be in a private spacious room in the restaurant allowing prudent social distancing.

Donors have contributed over $3,000 towards his campaign. (See fundraising progress here.)
You can volunteer and find out more information on his website:

We hope to see you there!
--The Harris for Hutto Campaign Team
View this message online at: https://www.harrisforhutto.com/cc.html